Next Phase of the Cryptocurrency Revolution: Gold 2.0

Since the emergence of Bitcoin in early 2009, during the Saturn-Uranus opposition, there has been an ongoing debate between those who believe that Bitcoin is the future world reserve currency and those who think gold is the only alternative to fiat currencies.

In the Spring of 2017, during the Saturn-Uranus trine, the price of Bitcoin reached parity with gold (by the ounce) which grabbed the attention of investors around the world. Since the emergence of crypto-mania, there has been a surge in interest by investors in the concept of gold-backed cryptocurrencies.

Bitcoin will exist for another 24 plus year till 2041

The concept of a gold-backed currency where a token is issued that represents a specific value of physical gold (for example 1 gram of gold equals 1 coin) that is stored by a third party custodian. The gold is directly linked to the token via a smart contract using the Ethereum Blockchain protocol creating a cryptocurrency that has a stable and intrinsic value, along with the speed, portability, and transactional transparency on the public ledger.

Prediction: In the Spring of 2018, there will be a proverbial (and literal) gold rush in the crypto world, with the creation and issue gold-based cryptocurrency, which will be the NEXT PHASE of the CryptoCurrency Revolution. 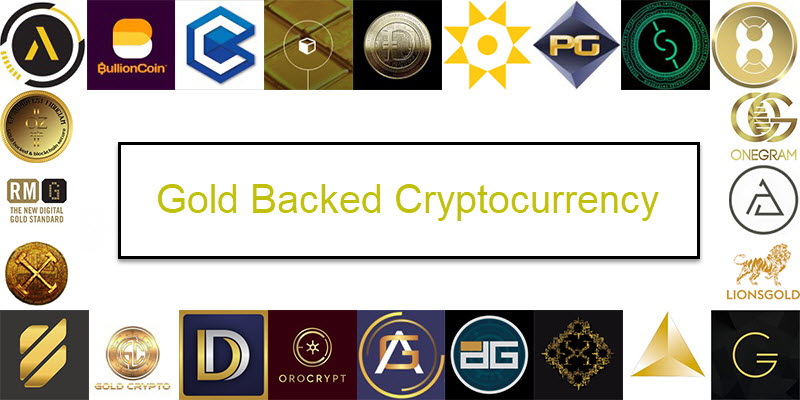 Below is a list is all the gold-backed cryptocurrencies that have become available for public exchange on the open market:

AurumCoin(AU) launched on September 25, 2014. It is a distributed cryptocurrency currency that enables instant payments to anyone, anywhere in the world.  Aurumcoin uses peer-to-peer technology to operate with no central authority. Managing transactions and issuing money are carried out collectively by the network. Aurumcoin coin type properties are based on the Bitcoin (SHA256) blockchain, with a maximum of 300,000 coins that can be mined. Each AurumCoin is backed with 0.75 grams of gold, yet AurumCoin’s par value will always be worth 1 gram of pure gold. When you buy an AurumCoin you buy a digital proof for 1 gram of gold stored and insured in professional high-security gold vaults in Zurich, London, New York, Toronto, Singapore, and Hong Kong.

GoldMint runs on Ethereum blockchain based platform which operates with 100% gold-backed crypto assets, either gold or exchange-traded funds (ETF). The GoldMint platform is built on a private blockchain, based on the Graphene technology. However, there is no mention of where the gold is stored, or indeed what percentage is physical gold.

HelloGold (HGT) is a mobile application that allows you to buy and sell gold on a single platform and has its own blockchain since October 12, 2017. HelloGold users can buy and store gold which can be converted to a Gold Backed Token (Goldx), which is backed by 1 gram of gold. The gold is held and accounted for in a partnering vault in Singapore, and it is certified as compliant with the Shari’ah Standard on by the World Gold Council.

Xaurum (XAUR) has had its own blockchain since April 21, 2015 and is the only digital asset with a continuously growing gold base to date.  Xaurum is coined by exchanging the mined value for physical gold, stored as the CommonWealth gold reserves. It was first coined on a PoS Blackcoin blockchain and has transitioned to Ethereum.

Below is a current list of Pre-ICO (or ICO Pre Sale) gold-backed cryptocurrencies:

Name: XGold Coin (XGC)
Location: Panama City, Panama
Website: xgold.lu
PRE-ICO First Round is on until 10 February 2018 and is offering a Pre-ICO 35% bonus.

Learn more about a financial consultation with William Stickevers here.