2019 is the 4716th Chinese Year. The beginnings of the Chinese calendar can be traced back to the 14th century B.C., during the reign of the Yellow Emperor – Huangdi, who invented the calendar during his reign in 2673 B.C.

The earliest extant mention of the Yellow Emperor – Huangdi (2711 – 2598 BC) the originator of Chinese state who reigned from 2698–2598 BC, was on a fourth-century BC. Chinese bronze inscription claiming that he was the ancestor of the royal house of the state of Qi. Qi was a state of the Zhou dynasty-era in ancient China, variously reckoned as a march, duchy, and independent kingdom. Its capital was Yingqiu, located within present-day Linzi in Shandong.  Traditionally credited with numerous inventions and innovations – ranging from the Chinese calendar to an ancestor of football – the Yellow Emperor is now regarded as the initiator of Chinese culture, and said to be the primary ancestor of all Chinese people.  To this day the Yellow Emperor remains a powerful symbol within Chinese nationalism.

During the Zhou Dynasty, during the Bronze Age from 1046 B.C. until 771 B.C., it was custom to begin agriculture on New Year celebration. 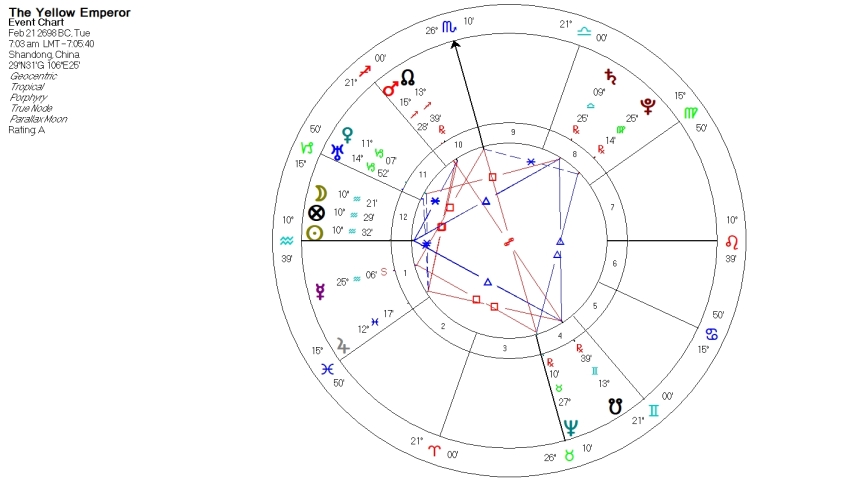 The Chinese Spring Festival is supposed to have been initiated in the Shang Dynasty ( and the custom of ancestor worship was included in the festivities. People attributed their food, clothes and harvest to the god and ancestor’s will, so they held sacrifice ceremonies to pray for blessing and peace at the end of each year. 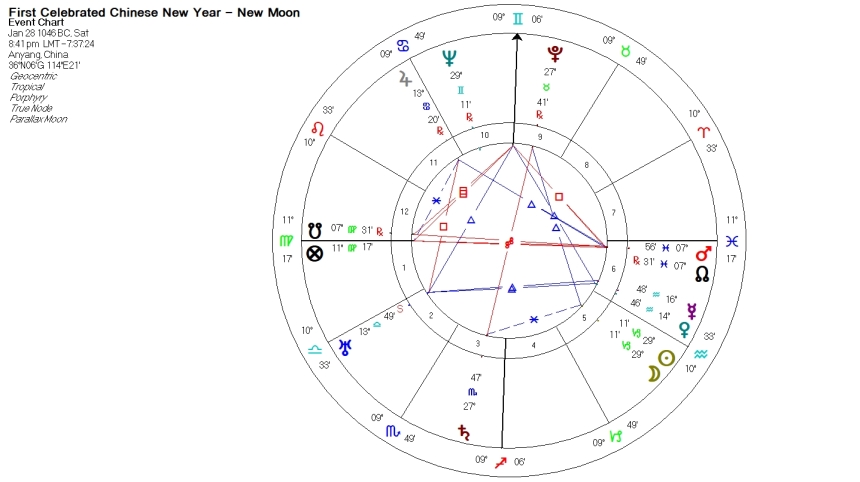 (156 BC-87 BC), who was one of the greatest emperors of the Han Dynasty (206 BC–220 AD), who fixed it on the first day of the first month in Chinese lunar calendar, which was of great significance in Chinese New Year history. For the date has been using for thousands of years till now. At that time, the festival had become a nationwide event. There was a big carnival launched by the government, and civil servants gathered for celebration. New activities also arose, such as staying up at night, burning bamboo, which is just like setting off fireworks nowadays, as well as hanging peach boards, which later became the Spring Festival couplets.

In Chinese astrology, each year corresponds to one of 12 different animals on the Chinese zodiac — this time round it’s the Year of the Pig. According to the Chinese myth, the Pig was the last to arrive when the Jade Emperor (天公誕) when he was about to leave the Earth. The Pig came in to the meeting last.

The Chinese name of the 2019 New Year means Yin Earth Pig – the year of the Muddy Pig.

The transition from Yang Earth Dog of 2018 to Yin Earth Pig of 2019 is mountains collapsing down to the flatland. That implies something unexpected and unbelievable will happen. Big nations, or large companies or major world leaders, could encounter big frustration, if they don’t have plan for unexpected developments.

While it’s considered lucky to born in a pig year, Chinese astrologers are warning that epidemics,  natural disasters, and financial turbulence, will be on the rise this year. Pig years can be filled with turmoil because they are associated with the conflicting elements of fire and water. Therefore, the Year of the Pig in 2019 could become a landslide or watershed year.

Yin Earth Pig of 2019 is equivalent to I-Ching Hexagram 7, Water-Under-Earth

. Shin means the division of army.  Water is the resources for living. A land needs Water. In the I-Ching, Water is connected to danger. In terms of international relations, this implies that there be more conflict and less harmony.  Also, that people will compete and fight for resources, money, sea, and land this year.