British voters are going to the polls in the third general election in the UK in under five years – and the fourth in under a decade under the influence of a Solar Eclipse, indicating that voters will be facing two starkly contrasting choices, two different ideologies, and two very different futures for Britain.

Of the last three general elections, in 2010, 2015 and 2017, has produced a clear-cut winner with one party securing an overall 326 Commons majority. The 10 political contest horary snapshots of each party combined with the U.K. Electoral Calculus Model predict a Tory Majority of 68 with the odds of of a hung parliament at 8% or less. 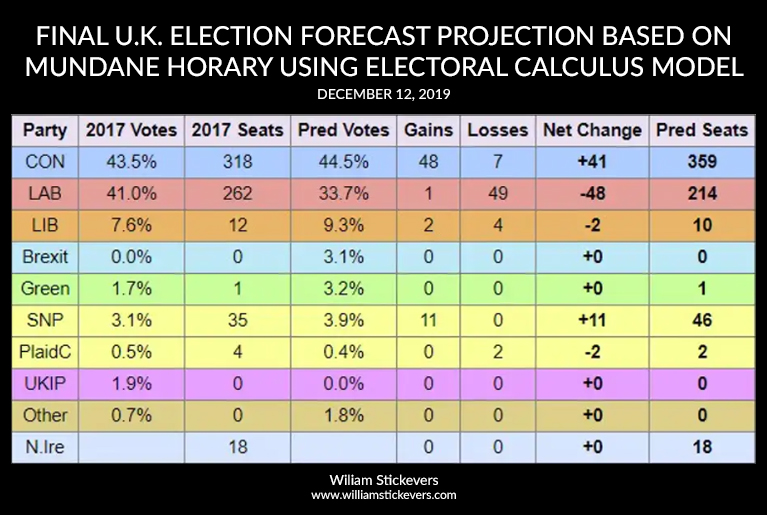 What’s really going on in the world? Are you getting the full picture?

Get research and analysis from real world economies, finance, and geopolitics and a synthesis of traditional and modern mundane astrological perspective.

You shouldn’t be left in the dark by the media, and most astrologers aren’t talking about this in an unbiased way.

(The astrology is screaming. Don’t let political bias filter what you believe.)

More information on Consultations and Forecast Webinars are at his website www.williamstickevers.com.