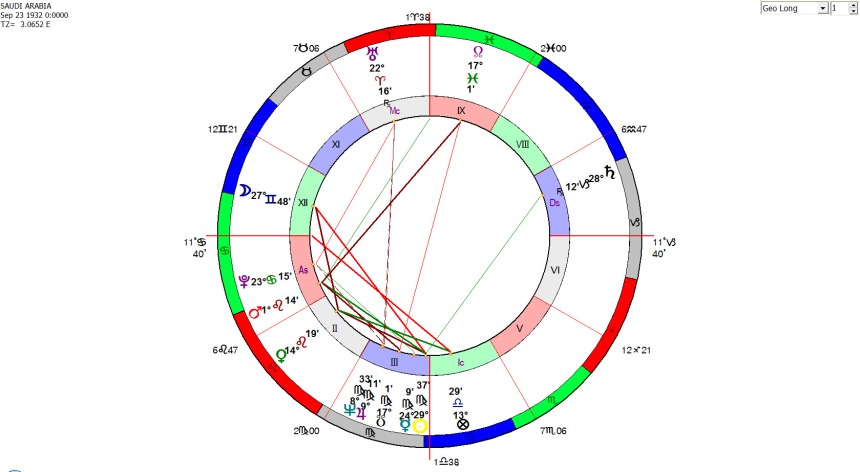 The Blackbox forecast for the modern Kingdom of Saudi Arabia is based on the Hejaz and Nejd unification event that occurred on September 23rd, 1932, 12:00 AM LMT in Riyadh.

Since 1973 Saudi Arabia has been the world’s largest exporter of oil and historically has been sensitive to the Uranus-Pluto cycle. For example the pre-modern kingdom of Saudi Arabia was founded by Abdul-Aziz bin Saud on January 15th, 1902 when he captured the city of Riyadh. At the time Uranus and Pluto opposed each other.

The next Uranus-Pluto alignment formed a waning-square aspect in 1932, when Abdul-Aziz bin Saud, leader of the House of Saud, seized Riyadh in Nejd from the Al Rashid. This was the first of a series of conquests that ultimately leading to the creation of the modern state of Saudi Arabia when the two kingdoms of the Hejaz and Nejd were united as the Kingdom of Saudi Arabia.

The Jupiter-Neptune conjunction found in the 1932 horoscope is very symbolic of the desert kingdom, where the bodies of Islamic religious leaders and jurists have a direct role in government, and shortly after vast reserves of oil were discovered in the Al-Hasa region along the coast of the Persian Gulf. Full-scale development of the oil fields began in 1941 during the Second World War and Oil providing Saudi Arabia ever since with economic prosperity and substantial political leverage internationally.

The Uranus-Pluto conjunction that followed 32 years later brought political tension and intense rivalry over the control of the kingdom’s monarchy between the King Abdul-Aziz and his half-brother emerged, fueled by doubts in the royal family over Saud’s competence. As a consequence, Abdul-Aziz bin Saud’s successor was forced to abdicate in 1964.

The next phase of the Uranus-Pluto cycle will occur with the waxing square in 2012. It clear that each phase of the Uranus-Pluto cycle over the course of the 20th Century has resulted in significant political change and social upheaval with ensuing major reversals of power, and revelations of what was hidden in the Saudi Kingdom. Therefore as the Uranus-Pluto alignment unfolds between 2012 through 2015, we can expect significant political and social reforms that result in emergence civil right and liberties for its oppressed populace and the emancipation of religious and sexual oppression for women.

Saudi Arabia’s published reserves have shown little change since 1980, with the main exception being an increase of about 100 billion barrels between 1987 and 1988. The Uranus-Pluto alignment along with transiting Neptune (the Universal Ruler of Crude Oil) forming an opposition to its Jupiter-Neptune throughout 2012-15, suggesting that  that Saudi Kingdom may have been greatly exaggerating its reserves in the interest of spurring foreign investment, that will lead to significant production declines. 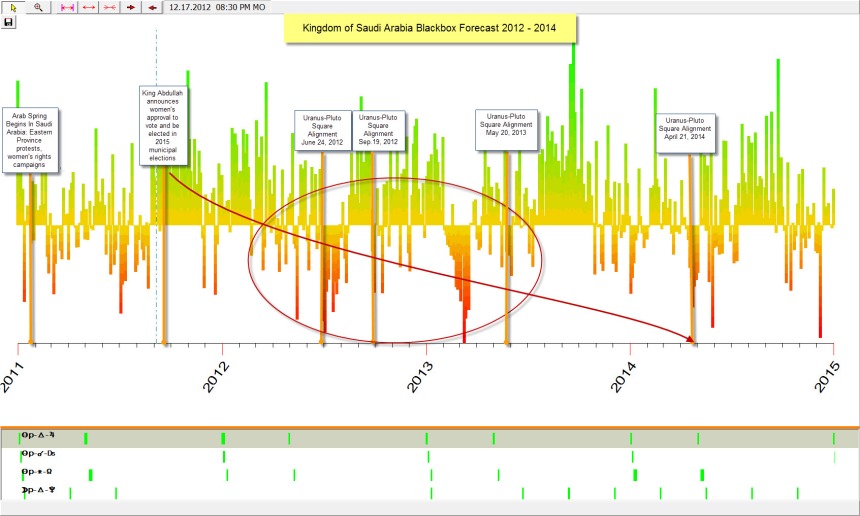 Major changes are still yet on the way for Saudi Arabia, as the Saudi Ascendant at 11 degrees Cancer will be directly hit by the Uranus-Pluto square alignment in May of 2013, therefore it may be highly unrealistic for Saudi Arabia to continue to lead the market in reaching global output levels of over 100 million barrels/day and its unavoidable for world leaders to begin to prepare for an inconvenient truth, the emergence of Peak Oil.

In practical and considerably oversimplified terms, Peak Oil is when the maximum rate of oil extraction has been achieved, after which the rate of production enters terminal decline. This means if Peak Oil occurs 2012, worldwide oil production in the year 2030 will be the same as it was in 1980. However, the world’s population in 2030 will be both much larger (approximately twice) and much more industrialized (oil-dependent) than it was in 1980. 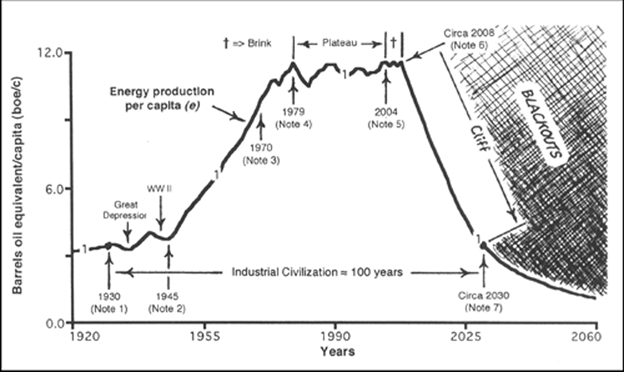 In Feb 2010 the US Joint Forces Command issued the Joint Operating Environment 2012 warning US military commands “By 2012, surplus oil production capacity could entirely disappear, and as early as 2015, the shortfall in output could reach nearly 10 million barrels per day.”

Consequently, worldwide demand for oil will outpace worldwide production of oil by a significant margin. As a result, the price of gas will skyrocket; oil dependent economies such as the United States, China, the Eurozone, and Japan will begin to crumble. International tensions will soar, and resource wars could soon follow. 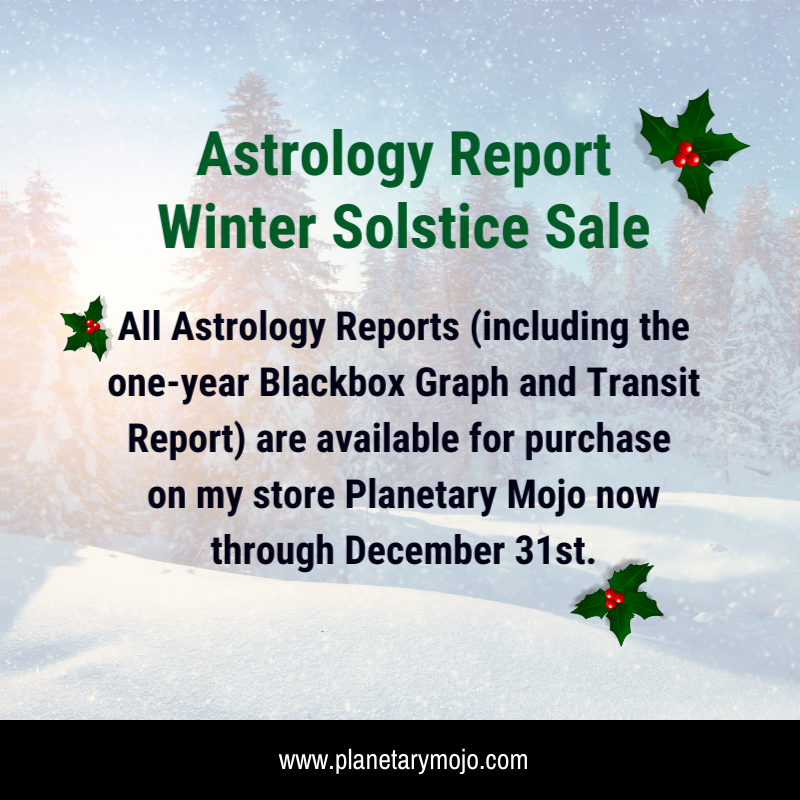