Uranus-Pluto Square Alignment 2012 – 2015 The Economic Collapse Has Already Begun: Keynote speaker Nomi Prins, who just addressed the Federal Reserve, IMF and the World Bank, Warns that the Coming Collapse will be Devastating

“When [the system] implodes it will implode more dangerously [then it did back in 2008]. The IMF and the Fed have different ideas about whether rates should stay low or go up. In this particular round the IMF won. They want rates to stay low because they don’t know what’s going to happen to the global financial system if the availability of cheap money goes away….Right now everyone knows, whether they admit it or not, that cheap money is the only thing that’s keeping the global financial system afloat. It isn’t production. It isn’t savings of individuals because nobody has any money to save. So there is no there, there.”

“All they [- the Central Banks] can do is continue to push the current policies to make it look as if things are operating functionally — as if these banks are solvent and as if these markets are somehow elevated on the basis of [real] value and not on the basis of the cheap money [printed out of thin air] that they are infusing into the system. That’s all they can do. They just hope that somewhere along the line this will work out.”

“So the only policy that these Central Banks have is to continue to do more of the same. And the only thing that does, is continue to push this next crisis, or the second leg of the current crisis as I look at it, down the road. There is no saving this (global financial) system.”

The the mundane astrological portents and the Uranus-Pluto square alignments that  have been archetypally operative from 2012-2015 supports Prins’ analysis and conclusion of the global financial system.  The Mundane Planetary Cyclic Index (graph below), is the sum of all the angular distances between the pairs of the outer planets, Jupiter, Uranus, Neptune and Pluto. The Cyclic Index has proven to be one of the most accurate predictive tools for mundane astrologers for determining  economic growth and political relations among nations.  According to mundane astrologer Andre Barbault, the sum waxing phase (ascending line) of each planetary pair are considered periods of stability and evolution (constructive growth, development, expansive, progressive with optimism and diplomacy ) while the waning phase (descending line)  are periods of crises and involution (contraction, decay, recession, pessimism, war and destruction). 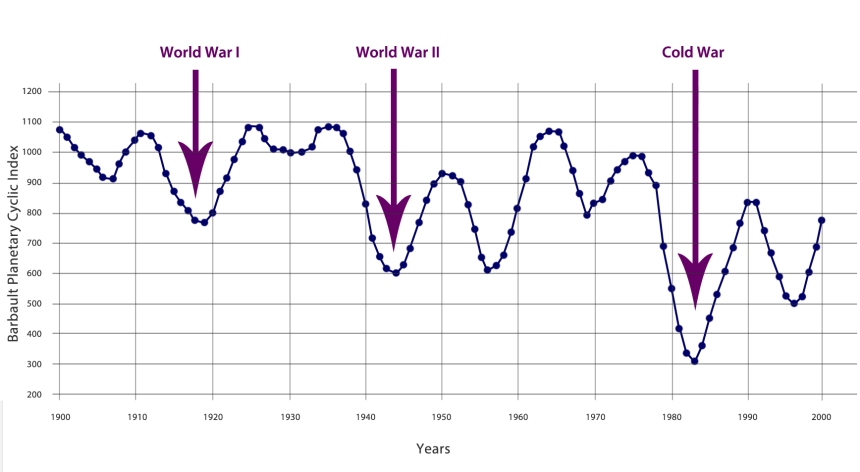 The final Uranus-Pluto square occurred on March 16th 2015. The Uranus-Pluto alignment coincided with a millennium shift to the East, with the launch of the Asian Infrastructure Investment Bank (AIIB) on March 31, 2015, a competitor to the IMF and the World Bank based in Washington D.C., during which time many allied nations to the the United States, including the United Kingdom, signed-up for membership for AIIB, even as the United States was applying pressure to prevent them from joining. The fact that the other major members of the IMF have signed on to the AIIB is a clear indicator that the United States is essentially being isolated on the global monetary field. The long-term geopolitical implications this event are enormous. 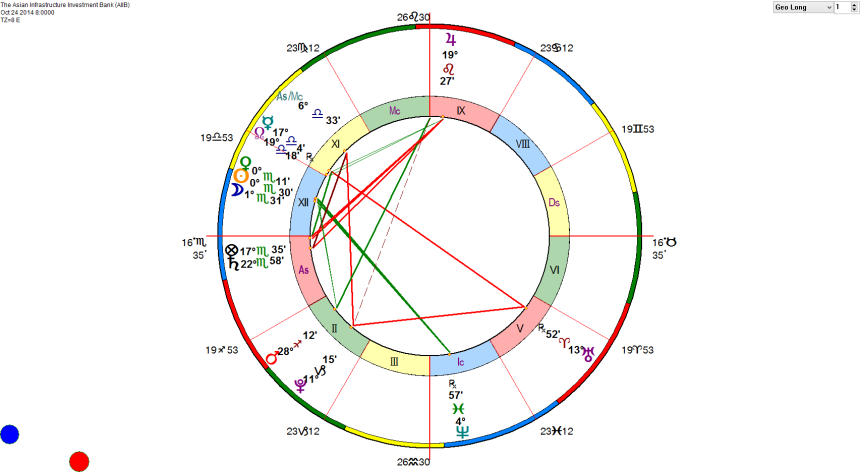 Projecting forward, the final Uranus-Pluto alignment occurred as the Mundane Cyclic Cyclic Index continues its precipitous downward plunge, descending 494 points from its peak in May 2014 at 994 to 500 in March 2022. This augurs that we are heading into a perilous period where much of the damage control enforced during the 2007-2009 financial crisis by the central banks and government will begin to fail. 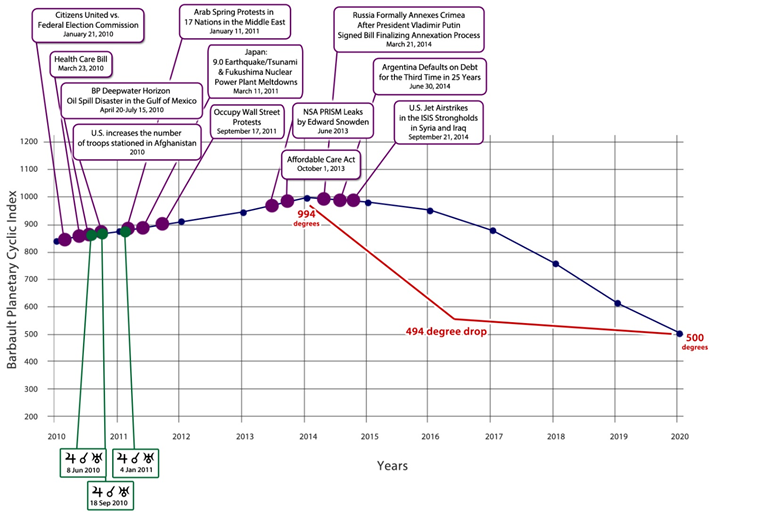 Uranus-Pluto alignments occur as the Mundane Cyclic Cyclic Index continues its precipitous downward plunge, descending 494 points from its peak in May 2014 at 994 to 500 in March 2022.

Therefore we can expect powerful shocks to occur the system resulting in drastic changes in financial positions, along will titanic geopolitical power plays, accelerating market volatility, major market corrections, bank panics, and often unexpected and sudden large-scale economic failure. Also during this period we can expect excessive rationalization by the mainstream financial news media, and unprecedented proclamations by governments, to prevent the loss of credibility with the general populace, as unexpected “volcanic shocks” to the global system continue to intensify. 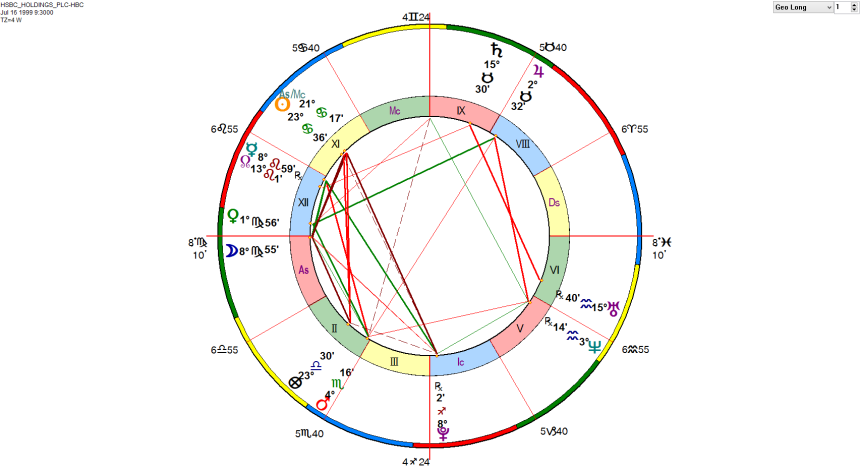 The chief economist of the world’s third largest bank, HSBC’s Stephen King, has compared the global economy to the Titanic. He believes that we are now nearer to the next global recession than we are to the last one which ended (at least for the too big to fail Wall Street banks) in June of 2009:

“We may not know what will cause the next downswing but, at this stage, we can categorically state that, in the event we hit an iceberg, there aren’t enough lifeboats to go round.

Prediction: Nomi Prins has made it clear in her keynote speech to the IMF and Federal Reserve that there is no saving global financial system. The Mundane Cyclic Planetary Index also makes clear that we have entered a period of pain, change, and crisis as we witness radical events of collapsing global currencies, contracting national economies, along with the breakdown and collapse of unsustainable, obsolete, and untenable systems of finance and banking. When this gigantic financial bubble finally implodes, it is going to be absolutely pernicious and horrific, and the entire planet is going to be shocked by the carnage and social upheaval that will follow. 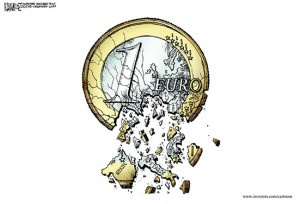