The Summer of Love was a cultural and sociological phenomenon that occurred in the San Francisco Bay Area from June through early October of 1967. The prelude to the Summer of Love was a celebration known as the Human Be-In at Golden Gate Park on January 14, 1967 to promote a peaceful celebration of personal empowerment, cultural and political decentralization, communal living, ecological awareness, higher consciousness, and liberal activism.

While the highly documented Monterey International Pop Festival continues to be remembered by most historians of the ’60s Counter Culture Revolution as the first of a series of San Francisco area cultural events known as the Summer of Love, the Fantasy Fair and Magic Mountain Music Festival took place one week before Monterey, and is considered to have been America’s first rock festival.

The Fantasy Fair and Magic Mountain Music Festival was held June 10th and 11th, 1967 at the 4,000-seat Sidney B. Cushing Memorial Amphitheater high on the south face of Mount Tamalpais in Marin County, California. At least 36,000 people attended the two-day concert and fair. The festival represented a sea of change in musical preferences among the emerging Baby Boomer generation that was coming of age in the San Francisco Bay Area as the hippie culture fully arose in mid-1967.

Cover of the sixth issue of “The Oracle”, February 1967

The event was announced by the Haight-Ashbury’s underground hippie newspaper, The San Francisco Oracle:

“A new concept of celebrations beneath the human underground must emerge, become conscious, and be shared, so a revolution can be formed with a renaissance of compassion, awareness, and love, and the revelation of unity for all mankind.”

The predominate outer planetary configuration in the Fantasy Fair event horoscope is the Uranus-Pluto alignment. The general tenor of Uranus-Pluto cycle is revolution – the Dionysian (Pluto) impulse for revolutionary empowerment of the masses, and the Promethean (Uranus) thrust for radical change and innovative reform for the establishment of a new social order. Scholar, author, and cultural historian Richard Tarnas has stated that periods during Uranus-Pluto alignments have correlated with “widespread radical and political social change and often destructive upheaval, massive empowerment of revolutionary and rebellious impulses, and intensified artistic and intellectual creativity.”  (pp. 143-144, Cosmos & Psyche).

The stellium of planets in the 12th House of the Fantasy Fair event horoscope signifies the social spectacle of the Summer Love was essentially a libertine subculture phenomenon of the hippie counter-culture that held social egalitarian beliefs and rejected consumerist values, with artistic (music, painting, poetry) and religious (Eastern mysticism and meditative practices) interests that was at variance with the larger middle-class parent culture of America.

The Moon-Uranus-Pluto-Neptune configuration in the horoscope encouraged the exploration of connecting to something higher than themselves through the use of psychedelic drugs and the embracing of Eastern philosophy, Western mysticism, and New Age spiritual concepts the essentially that defined the Hippie counterculture movement that inspired thousands of young people from all over the world to travel to San Francisco during the Summer of Love.

The Grand Idea of Love

Fantasy Fair was also The Doors’ first large show and happened during the rise of the group’s first major hit, “Light My Fire”, to the top of the charts and that launched them to stardom.

The Venus-Jupiter conjunction in the fire sign of Leo in the 12th House, galvanized and popularized hippie culture through “Light My Fire” that became one of the signature songs during the Summer of Love, that exemplified the Utopian dream of coming to a place where one can indulge and experience more in life beyond the ordinary grind of reaching out to others turning them on to “turn on, tune in, drop out”, personal experimentation, communal living, and abandoning their education or jobs for a summer of sex, drugs, and rock n’ roll.

San Francisco “Wear Some Flowers in Your Hair” – Scott McKenzie

Released nearly month prior to the Summer of Love on May 13, 1967, the song “San Francisco (Be Sure to Wear Flowers in Your Hair)” written by musician John Phillips of the band The Mamas & the Papas served to promote both the upcoming Monterey Pop Festival (June 16, 1967) and to popularize the flower children of San Francisco. By the week ending July 1, 1967, it scored number four on the Billboard Hot 100 in the United States, where it remained for four consecutive weeks.

The Fantasy Fair natal Sun is conjuncts the AS/MC midpoint of the event horoscope and squares the Uranus-Pluto conjunction. These mundane testimonies signify both the popularization of hippie life in the Haight Ashbury district of San Francisco due to growing mainstream media coverage, that drew the attention of youth from all over America and the peak of “Flower Power.” A movement of passive resistance to the establishment and non-violence ideology that was rooted in the opposition movement of the deployment of U.S. soldiers in Vietnam. 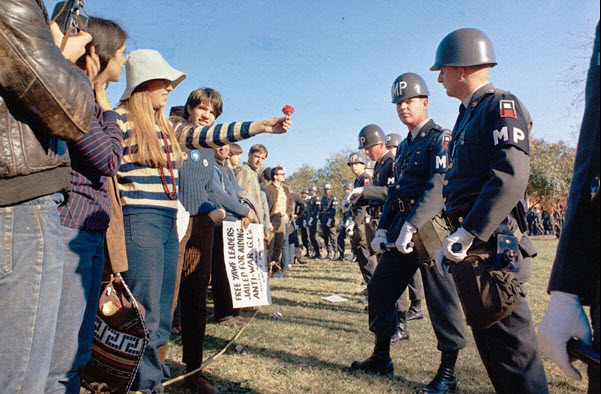 The Uranus-Pluto conjunction in close sextile to the Neptune correlates with the mass consumption and recreational use of psychedelic drugs such as LSD for a psychedelic experience (a temporary Holotropic state of consciousness) for personal development, mind revealing self-discovery, and religious & mystical revelations. Psychologist Stanislav Grof described the LSD experience as: “complex revelatory insights into the nature of existence… typically accompanied by a sense of certainty that this knowledge is ultimately more relevant and ‘real’ than the perceptions and beliefs we share in everyday life.” 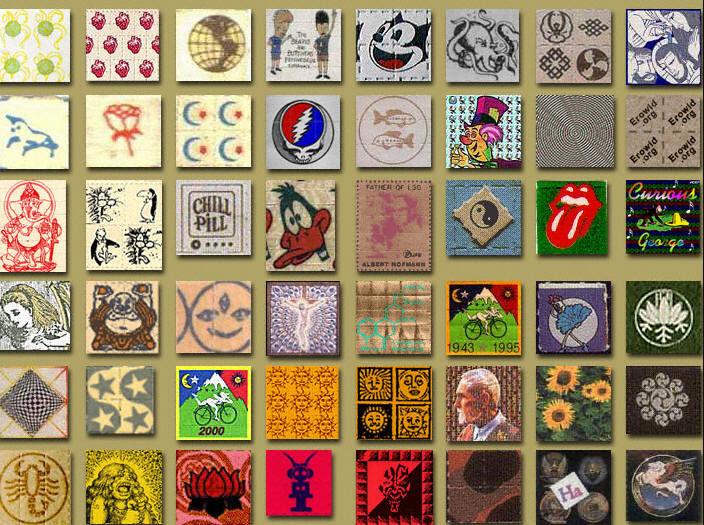 Psychedelic drug use became commonplace during the Summer of Love in the Haight Ashbury district of San Francisco as Grateful Dead guitarist Bob Weir commented:

“Haight Ashbury was a ghetto of bohemians who wanted to do anything—and we did but I don’t think it has happened since. Yes, there was LSD. But Haight Ashbury was not about drugs. It was about exploration, finding new ways of expression, being aware of one’s existence.”

On July 7, 1967, Time magazine featured a cover story entitled, “The Hippies: The Philosophy of a Subculture.” The article described the guidelines of the hippie code:

“Do your own thing, wherever you have to do it and whenever you want. Drop out. Leave society as you have known it. Leave it utterly. Blow the mind of every straight person you can reach. Turn them on, if not to drugs, then to beauty, love, honesty, fun.” 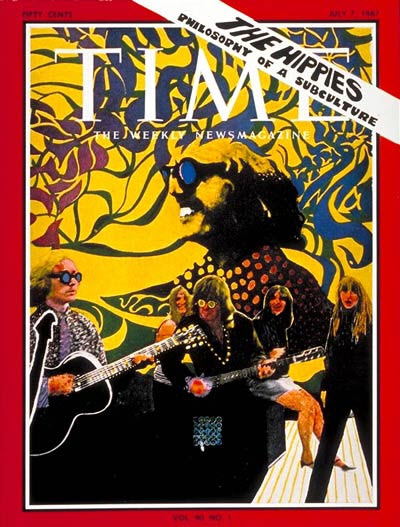 Summer of Love Funeral and Aftermath

After many young people left at the end of summer to resume their college studies, those remaining in the Haight wanted to commemorate the conclusion of the event. A mock funeral entitled “The Death of the Hippie” ceremony was staged on October 6, 1967 at sunrise, and organizer Mary Kasper explained the intended message:

“We wanted to signal that this was the end of it, to stay where you are, bring the revolution to where you live and don’t come here because it’s over and done with.”

It is estimated that around 100,000 people traveled to San Francisco in the summer of 1967.

Death of the Hippie Funeral Horoscope

The Aftermath of the Summer of Love

Shortly after, the rock musical drama Hair, a product of the hippie counterculture and sexual revolution of the 1960s, which told the story of a group of politically active, long-haired hippies of the “Age of Aquarius” living a bohemian life in New York City and fighting against the draft into the Vietnam War, began its Off-Broadway premiere on October 17, 1967 at the Joseph Papp Public Theater in New York City’s East Village. 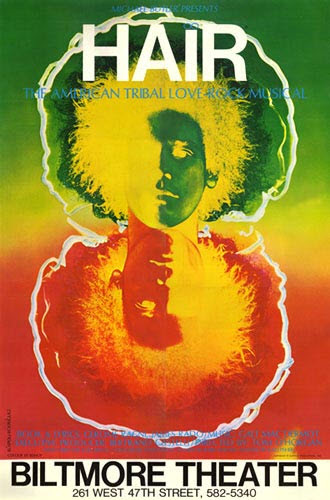 Poster for the original Off-Broadway production of “Hair”