President Donald Trump on Friday, November 15, 2018, awarded the Presidential Medal of Freedom, the nation’s highest civilian commendation to Elvis Presley posthumously. Elvis Presley (January 8, 1935 – August 16,  1977) was an American singer and actor. Regarded as one of the most significant cultural icons of the 20th century, he is often referred to as the “King of Rock and Roll” or simply the “King“.

Elvis Presley is born shortly before dawn, in a two-room house in East Tupelo, Mississippi.

In 2004, Elvis Presley’s “That’s All Right” was officially considered the first song rock and roll song by music historians. While there were rock’n’roll records before Presley’s, his recording was the moment when all the strands came together in a “perfect embodiment.” However, Presley himself is quoted as saying: “A lot of people seem to think I started this business, but rock ‘n’ roll was here a long time before I came along.” 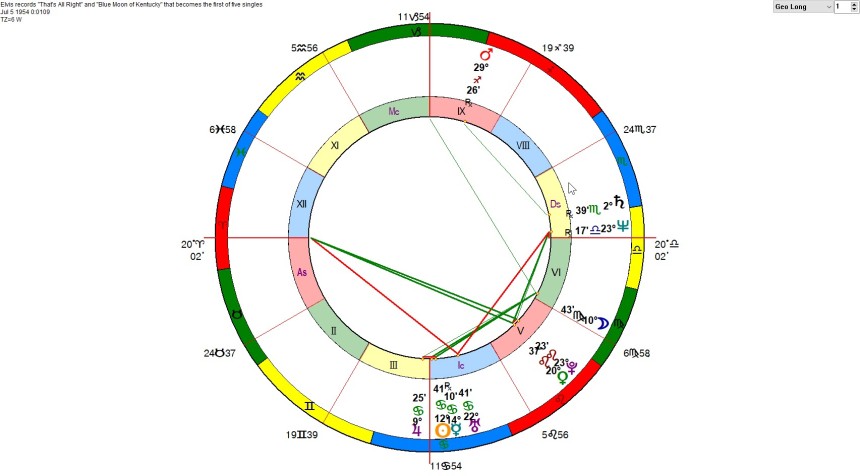 The song was written by Arthur “Big Boy” Crudup and originally recorded by him in Chicago on September 6, 1946, as “That’s All Right”. Presley’s version was recorded on July 5th, 1954 and released on July 19th, 1954 in Memphis, Tennessee. Its catalog number was Sun 209. The label reads “That’s All Right” (omitting “Mama” from the original title), and names the performers as Elvis Presley, Scotty, and Bill.

According to Rolling Stone, “it was Elvis who made rock ‘n’ roll the international language of pop.” Rolling Stone Encyclopedia of Rock and Roll describes Presley as “an American music giant of the 20th century who single-handedly changed the course of music and culture in the mid-1950s.” Presley dominated American music and culture for decades, selling over 1.5 billion records worldwide in all formats (600 million only in the United States) and starring in 31 major motion picture films from 1956 – 1972 during  a period of peak fame that will be forever linked to another Republican president, Richard M. Nixon, because of the famous picture of the two shaking hands on December 21st, 1970 at the White House, that is among the most popular at the American National Archives. 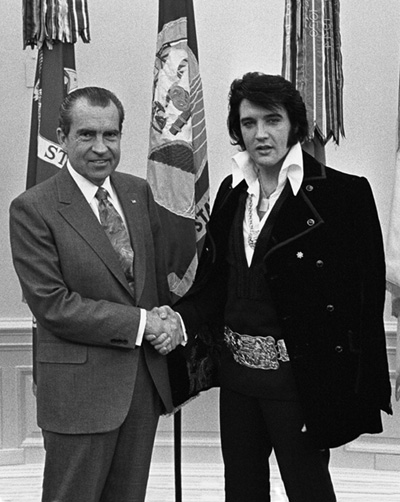 At the White House East Room, the president listened as a clip was played from one of Presley’s gospel songs, “How Great Thou Art,” and noted that he had personally added the song to the program. He said he had once seen Presley perform in Las Vegas, and recalled hearing an announcer say “Elvis has left the house.”