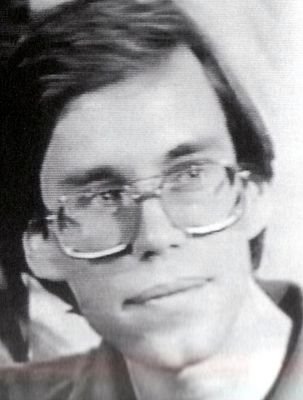 Robert Lazar in 1989 when he came forward with mainstream TV host and journalist George Knapp, first anonymously in May and then publicly in November.

Exactly 30 years ago today, on March 22nd, 1989, government physicist Robert Lazar took a few friends out to the edges of Area 51 Nevada (a highly classified remote detachment of Edwards Air Force Base, within the Nevada Test and Training Range), to observe a test flight of a flying disc.

Lazar was aware about the extraterrestrial engineering exploitation program, because he had worked in it, and was dead-set on showing his friends that what he was telling them was true, that flying saucers were real, and they were not from Earth. He also wanted them to see because he feared for his life. If something happened to him, at least they would have witnessed it with their own eyes.

At the exact time, and in the exact place Lazar told them they were going to see a disc, and they did.

The craft lifted over Papoose Lake, where it was being studied at a super-secret military installation called Site 4 — a row of hangers, disguised in the side of a mountain. The craft hovered and made numerous mind-bending maneuvers before descending back down beyond the ridges of the mountaintops.

“The first Wednesday, March 22, 1989, we arrived right at dusk, turned our lights off, and went in about 5 miles on the Groom Lake road. Soon we saw a bright light rise above the mountains which were between us and S4. The light begin jumping and dancing around, doing step moves in the sky, then would come to a dead stop and hover, etc. It repeated this type of activity for a few minutes which was thrilling, but it was so far away, we could only see so much. This activity by the object was blatant and it wasn’t our eyes playing tricks on us with starlight and planet light being distorted by the atmosphere or clouds, or anything of that sort. Eventually, the light slowly sat back down behind the mountains.” 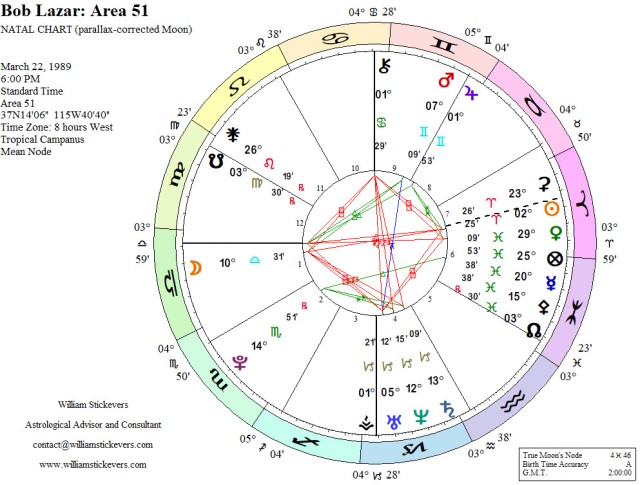 The Astrology of E.T. Disclosure Webinar

The Astrology of E.T. Disclosure Webinar

“Very impressive coverage of a great deal of highly controversial material. I am familiar with many of the theories and events and was very impressed with how you pulled them together while showing the astrological correlation. Thank you for a very excellent and well organized and presented discussion and slides. More than met my expectations.”
-M.C., The Astrology of E.T. Disclosure Webinar Attendee

In this webinar, we will discuss the prospect of E.T. Disclosure and the clandestine nature of government secrecy and policies of denial, lies, and deception. We will also discuss the current astrological mundane portents that augur the possibility of E.T. Disclosure within the current geopolitical landscape as well its possible impact on the collective and the course of human civilization. We will also address the “consciousness” and the paranormal aspects of this E.T. phenomenon to understanding this complex subject along with its implications for humanity’s future development.

When Disclosure occurs we come to learn that…