The book of instruction in the elements of the art of astrology: by Abu’l-Rayḥān Muḥammad ibn Aḥmad al-Bīrūnī, 1029 A.D.

According to traditional sources, the New Moon represents the end of one cycle and the beginning of another new 28-day cycle. It is often viewed as a symbol of endings and new beginnings. The nighttime darkness of the New Moon symbolizes the mysterious watery depth of the unconscious – the transpersonal realm where personal identity and individual boundaries dissolve and the sense of direction and ego are lost for the purpose of cleansing away the past in order to prepare the way for the future.

The May 4th New Moon at 14°15′ Taurus conjuncts the fixed star Almach – Gamma Andromedae, a 2.3 magnitude quadruple star system in the foot of the Andromeda Constellation. Almach is of the nature of Venus. It gives honor, eminence and artistic ability. 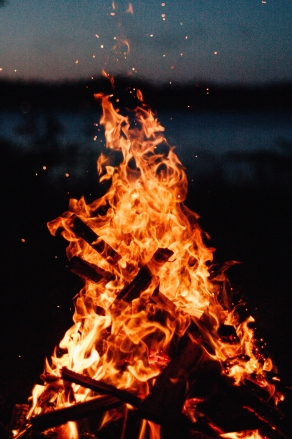 The archetypal dynamic of the Sun-Moon in Taurus combination with Almach augurs a renewal of youthful vitality, creativity, and well being, that suggests compromise and cooperation is vital in moving forward.

This new moon is special because it occurs so close to May 1st, the holiday of Beltane. The word Beltane comes from old Gaelic and means “blazing fire,” for the May Eve fire festival traditionally celebrated on May 1st, the seasonal midpoint between spring and summer. Beltane is a solar festival celebrating birth, fertility, and the blossoming forth of life represented symbolically by the union of the Great Mother (the Moon) and the Sky Father (the Sun) at this time of year. The New Moon merging with the energy of Beltane augurs an easy balance between yin and yang energies resulting in graceful movement forward to a more positive place that could correlate with an actual change of scene, relocation, trip, or journey, for change is in the air, and more hopeful conditions and new beneficial opportunities lie ahead between now and the next New Moon on June 3rd.

The best time for making a fresh start and for beginning new projects is during the first two weeks during the waxing phase of this new moon cycle from May 4th to the May 29th Full Moon.

More information on Consultations and Forecast Webinars are at his website www.williamstickevers.com.