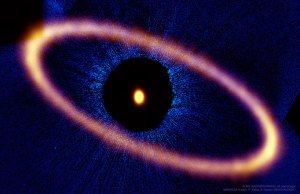 The New Moon on Sunday, February 23, 2020, is at 04°28′ Pisces. The Pisces New Moon is conjunct with the reddish fixed start Fomalhaut – Alpha Piscis Austrinus, one of the 4 Royal Stars.

According to tradition, the influence of Fomalhaut to the Moon is auspicious for marriage engagement, activities that involve long-distance travel, and social networking, and secret business dealings. Fomalhaut’s presence augurs an awakened interest in psychic phenomena or the supernatural. Inspiring one to take part in occult activities (e.g., tarot, astrological divination, ritual magic practices, geomancy, talismans, mediumship, remote viewing, etc.) that will enhance one’s magical worldview along with developing their spiritual being. 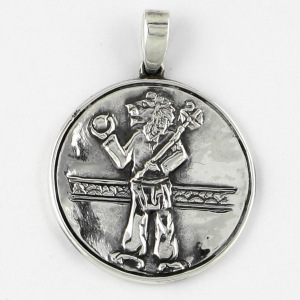 The New Moon at 04°28′ Pisces is conjunct the midpoint of the Mars-Uranus trine aspect, indicating a period of making a fresh start, turning over a new leaf, or starting a new project. As the New Moon is likely to stir the ambitions and one’s sense of personal power to assert oneself, regardless of the possible downside risk that may be involved, to develop, progress, advance, and grow to reach one’s full potential. Activities that move one beyond one’s comfort zone will likely have fortuitous outcomes during this period. 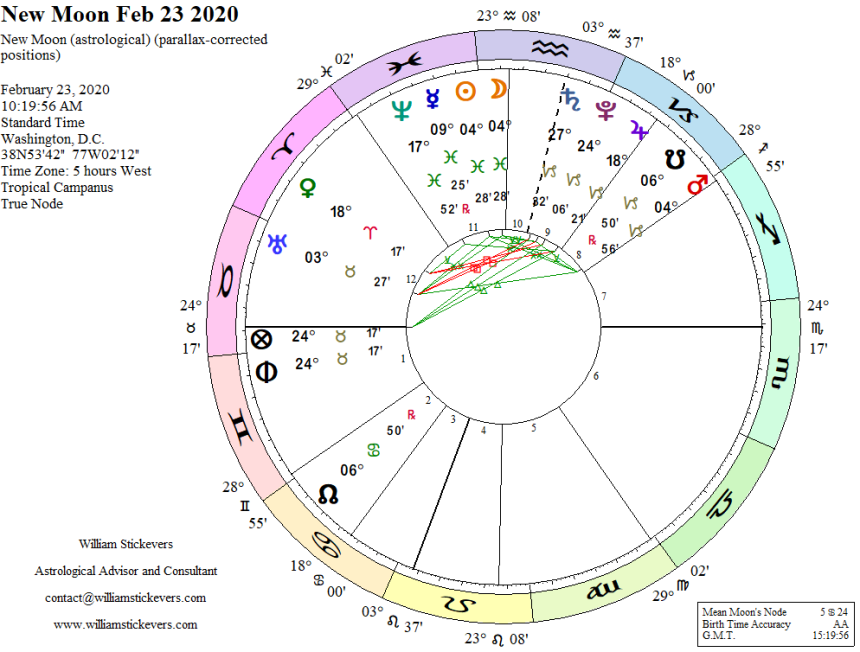 More information on Consultations and  Forecast Webinars are at his website  www.williamstickevers.com.