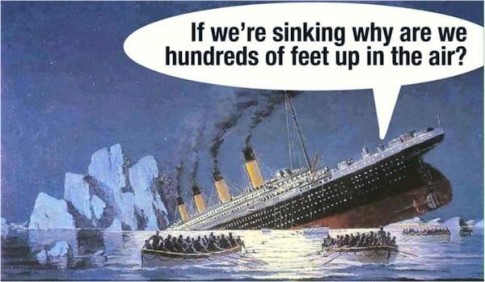 While many UK and American astrologers still continue to assure me that despite the direct hit of the recent Super Blood Wolf Moon to the Ascendant of the “UK Referendum: Leave the EU” horoscope and to the United Kingdom’s natal Jupiter, and the published forecast of the Mundane Horary Predictions of Brexit since, the UK will remain in the EU due to a 2nd Referendum or, at the very least, remain in the EU Customs.

The British pound plunged as the defeat has raised the likelihood that the UK will leave the EU without a deal on April 12.

However, the global exchange markets and Vegas Oddsmakers believe something else. While many of these astrologers continue to live in their “extend and pretend” Jupiter-Neptune world of “all’s well that ends well,” the British Pound plunged after the defeat of Theresa May’s Brexit “Plan B” for THIRD and FINAL TIME. May’s oligarchical EU overlords in Brussels have insisted that it will not yield on the withdrawal agreement, and EU bureaucrats have said they will not accept a lengthy delay of Brexit because that would create serious complications for the upcoming European Parliamentary elections on May 23rd. 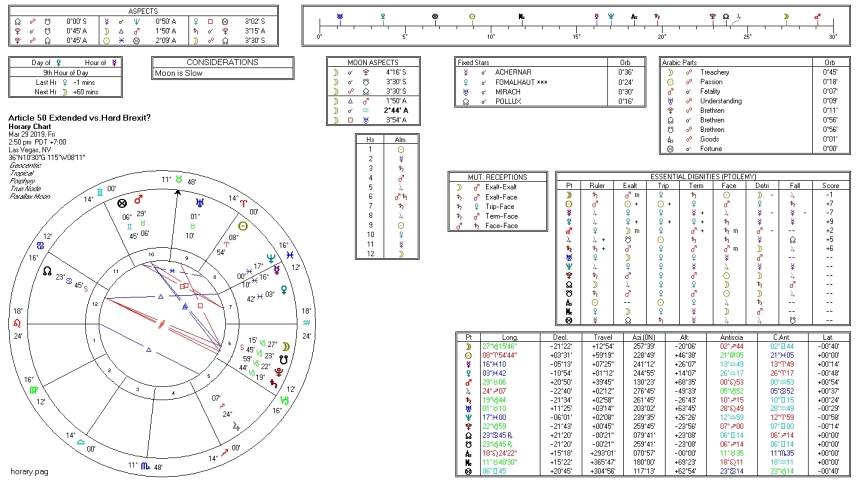 In a speech to Parliament, UK prime minister Theresa May pledged to stand down before the next phase of Brexit negotiations if Parliament would vote for her deal. Assuming this is a not political trick on her part, May will be gone on or before May 22nd, as she immediately became a lame duck with her announcement.

Regardless, the latest Political Mundane Horary snapshot “Article 50 Extended Beyond 2019 (70% Probability) vs. Hard Brexit in 2019 (30% Probability)?” taken after today’s defeat, augurs a higher probability of a hard and disorderly Brexit than what prediction markets are currently indicating (30% percent probability), with odds continuing to increase between now and April 12th — the UK deadline to leave the EU without a deal. That being said, at this point it’s likely May’s government will risk a longer delay of Brexit. Of course, a longer delay would be contingent on the EU’s approval – not likely, so it’s probably equally likely that the UK will leave without a deal on April 12th. 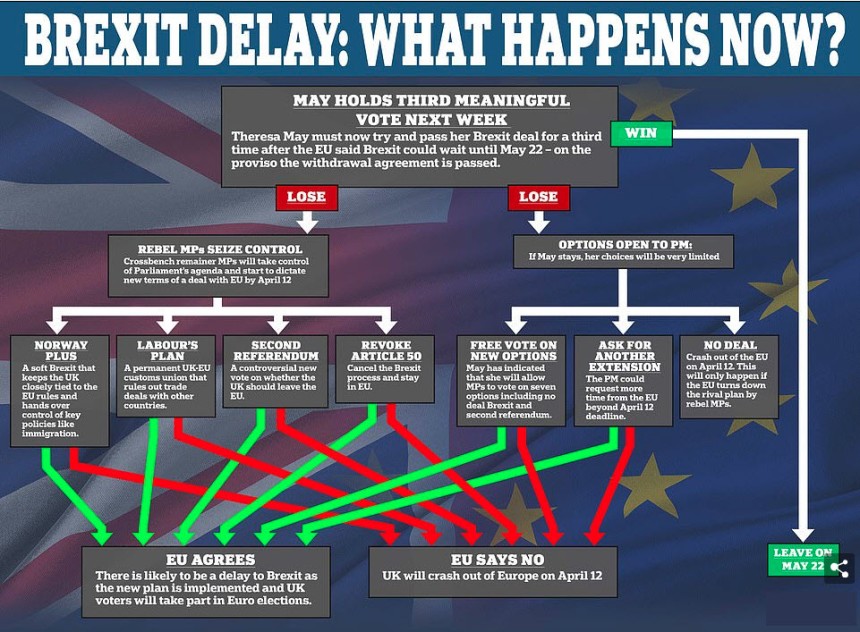 “It is an incredible resource of guidance and updated information on how to go forward.”
-A.D., GTA member

“For reliable and accurate reporting of future events, this is the site!”
-B.V., GTA member

“The excellent scope of work is worth sharing.”
-N.J.R., GTA member

“Not only is William an excellent astrologer, he gives practical, actionable advice. He exceeded my expectations by offering creative solutions to my business plan. He is a true business and personal consultant.”